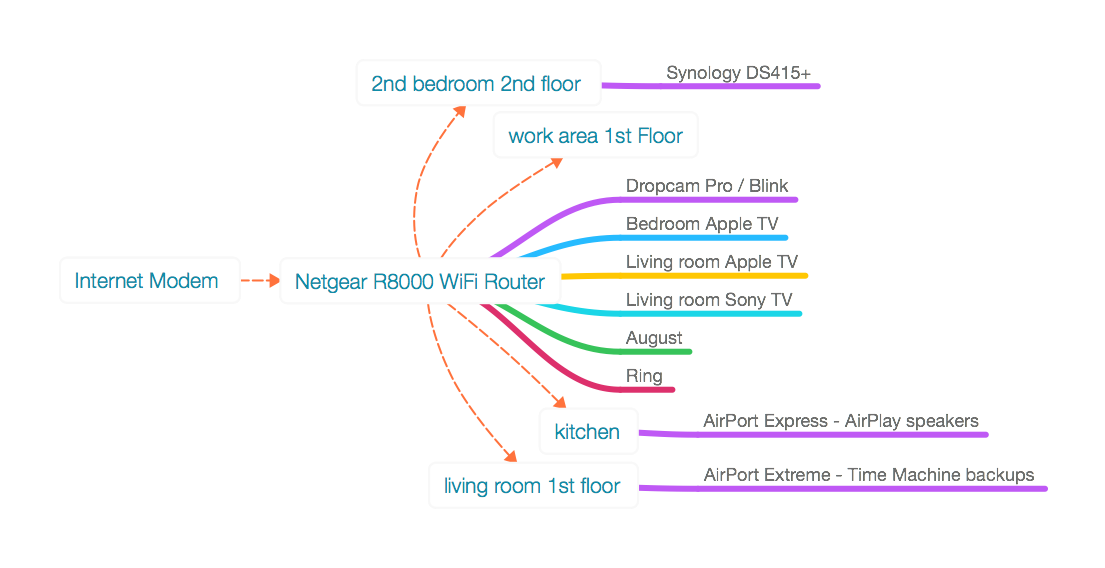 I thought I’d share my home network map. I have a lot of devices connected to the network and I figured I needed a top of the line WiFi Router, I came across Netgear Nighthawk X6 R8000.

The router packs a punch. I never had a situation where i had to reset the router in order to get it working again. It works flawlessly since day one. I realized the day I replaced my old Apple AirPort Extreme, the transfer rate between devices were bogged down by the AirPort Extreme. I could have multiple devices streaming at the same time:

A superb network setup gives me this freedom to have uninterrupted use of the network and internet. I don’t have to worry about adding more devices or reduced internet speed due to a slow processing speed in the old AirPort Extreme.

The red stripe lines on the picture above represent Cat6 wired connections. I think wiring a house with Cat6 is a no brainer. You should definately do it if you can. Do it once and you’ll get the benefits for years to come.

My audio setup is even more interesting, built on top of this superb network. I’ll share about it later.